Date published: Saturday 16th October 2021 9:15 - Will Ford Manchester City sit third in the league despite not relying on many of their top performers from last season. Pep Guardiola’s side dominated the F365 team of 2021-22, but four of those players haven’t really got going in 2021-22. They’re joined by the misfiring striker. John Stones…
Tweet
Share
Share
Pin
0 Shares 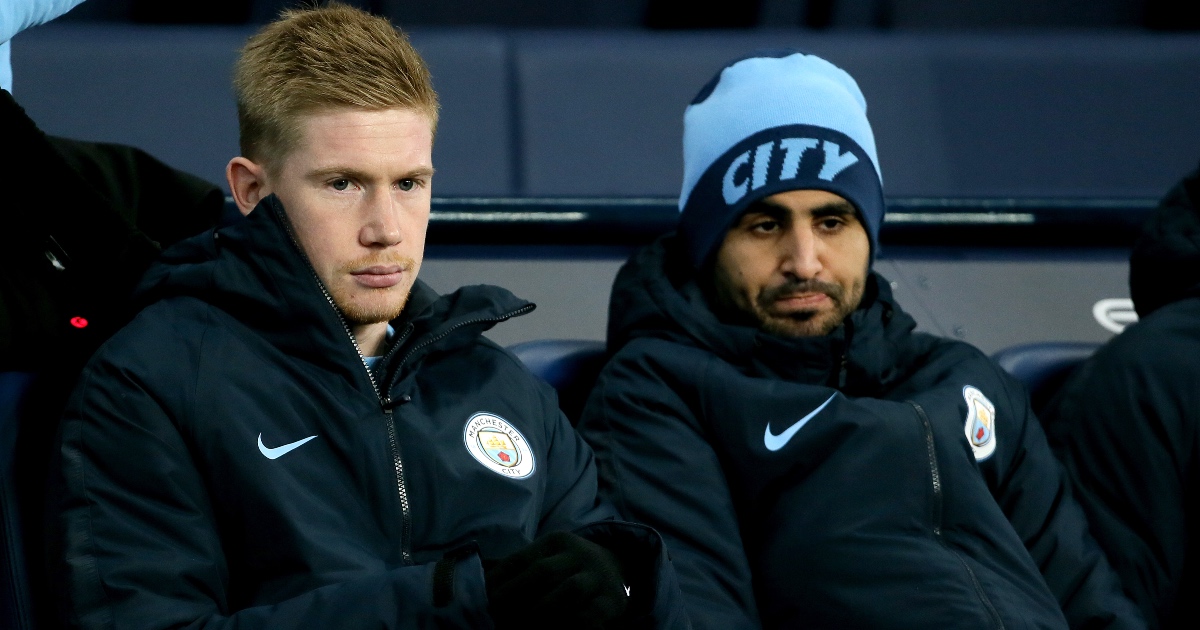 Manchester City sit third in the league despite not relying on many of their top performers from last season.

Pep Guardiola’s side dominated the F365 team of 2021-22, but four of those players haven’t really got going in 2021-22. They’re joined by the misfiring striker.

Literally yet to get going.

Stones was handed a bumper £250,000-a-week five year extension to his contract in the summer after City kept 14 clean sheets in the 22 games he started, but is yet to feature for City in any competition this season.

“I want to play all but I can only play 11. If they want more, I cannot assure them,” Pep Guardiola said when asked about Stones’ absence. Sure, you can’t assure a player they will play every game, or even the majority. But not one, Pep?

It was a similar story for Aymeric Laporte last season, who was rumoured to be on the verge of leaving as he dropped down to third choice having been the first name on the teamsheet in the previous campaign. It appears not to be a flavour of the week when it comes to centre-backs for Guardiola, but a flavour of the season.

All 330 of the minutes in Stones’ legs have come for England, which has at least irritated Jurgen Klopp, who claims Gareth Southgate must have “a special thing for Mr Stones”.

There would have been long odds for Ilkay Gundogan to be Manchester City’s top scorer last season, and those piling their hard-earned money on the German international in the hopes of him repeating that feat may already be regretting that decision – he has just one Premier League goal to his name so far.

Gundogan had a similarly slow start last season, having suffered with coronavirus, and his stats suggest he’s still getting in positions to score goals, with more shots and more touches in the opponents penalty area per game this season compared to last.

His deflected shot secured a point for City at Anfield, but the Belgian’s been a way off his best so far this season.

A pass percentage of 63.5% is way below his average of 76% for City. He’s playing 2.61 key passes per game, compared to 3.56 last season and 4.23 the season before. Just two of his 11 shots have been on target and the pass-master is yet to provide an assist in any competition. Give up, Kevin – you’ve lost it.

He can’t be alone among Manchester City players thinking ‘what the fdid I do?’. He was unplayable at times in the second half of last season but hasn’t started since the opening day defeat to Tottenham this term.

But makeshift right-winger Gabriel Jesus is doing a fine job in his stead, with two goals and four assists, and that is of course the problem for City players – those in possession playing well tend to retain their places. Raheem Sterling, for one, appears to be sick of it.

It could easily have been a five from City, but then Kane probably would have got going had he made the proposed move to the Etihad he quite clearly can’t take his mind off.

He says he’s in a “good place”, but it really doesn’t seem as though he is. No goals, no assists and the lip readers aren’t necessary, with his feelings this time clear through his body language alone: “what’s the fing point, man?”