Paris Saint-Germain have knocked Manchester United back following an official enquiry about Mauricio Pochettino becoming their new manager, according to a report. The Red Devils finally dismissed Ole Gunnar Solskjaer on Sunday after a dismal run of form in recent weeks. As for who will step in, Michael Carrick is the interim manager for now.…
Tweet
Share
Share
Pin
0 Shares 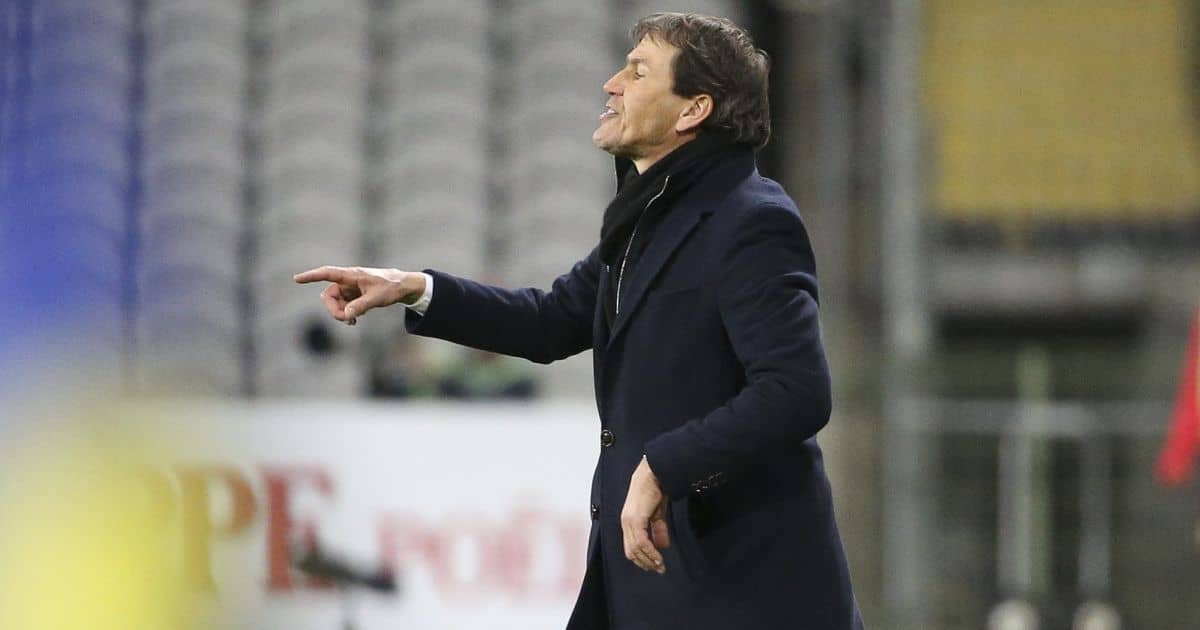 Paris Saint-Germain have knocked Manchester United back following an official enquiry about Mauricio Pochettino becoming their new manager, according to a report.

The Red Devils finally dismissed Ole Gunnar Solskjaer on Sunday after a dismal run of form in recent weeks. As for who will step in, Michael Carrick is the interim manager for now. However, United chiefs are keeping two avenues open going forward.

They could appoint a new permanent manager imminently, such as leading candidate Pochettino.

However, they could also bring someone in on an interim basis until the end of the campaign. United have reportedly held talks with former Barcelona man Ernesto Valverde in that regard.

According to ESPN, Man Utd have tried their luck by asking PSG about Pochettino’s availability.

The Argentine insisted in a press conference on Tuesday that he feels “so happy” in the French capital. ESPN reports that PSG officials have responded to the query with a similar sentiment.

Intermediaries responsible for sounding Pochettino out for United reportedly found that PSG are, ‘for now, unwilling to talk’.

The 49-year-old only moved to Paris in January and also recently signed a contract extension. As a result, he is focusing on driving PSG back to the Ligue 1 title and towards the Champions League final.

The Red Devils therefore believe that he is a more realistic target for the summer.

Nevertheless, reports have claimed that Pochettino has concerns about the ‘ego-led’ dressing room at PSG. While he is a popular figure among players, some individuals have supposedly questioned his decisions.

In a separate report, L’Equipe has claimed that PSG sporting director Leonardo held a meeting late on Tuesday evening with the manager.

In the discussions, Leonardo did not get any initial indication that Pochettino is thinking about leaving halfway through the season.

United could therefore look to land another interim manager to replace Carrick. Valverde has already held talks with the club, but The National News claims that the Red Devils have interviewed Rudi Garcia.

The former Roma and Marseille boss most recently worked for Lyon. In the 2019/20 season, his side reached the Champions League semi-finals, knocking out Manchester City in the process.

Meanwhile, ESPN and the Manchester Evening News both claim that Ralf Rangnick is an interim option.

The German has experience both as a coach and in the sporting department of clubs. He is currently head of sports and development at Lokomotiv Moscow but made his name at RB Leipzig and RB Salzburg.

Indeed, he brought Sadio Mane to the Austrian club before helping to sign Dayot Upamecano, Naby Keita and Timo Werner, among others, for Leipzig.

ESPN says, though, that Rangnick has distanced himself from the Old Trafford job, as Zinedine Zidane has done.