Arsene Wenger became renowned at Arsenal for unearthing gems – but not every punt he took paid off. Wenger turned unknown youngsters like Nicolas Anelka and Kolo Toure into world-class talents during his near-22 years in charge in north London, but not everything he touched turned to gold. And as well as the more high-profile…
Tweet
Share
Share
Pin
0 Shares

Arsene Wenger became renowned at Arsenal for unearthing gems – but not every punt he took paid off.

Wenger turned unknown youngsters like Nicolas Anelka and Kolo Toure into world-class talents during his near-22 years in charge in north London, but not everything he touched turned to gold.

And as well as the more high-profile failures, there are also some players you could be forgiven for forgetting ever existed, let alone were signed by Wenger for Arsenal.

“With Bischoff moving to Arsenal, Wenger has yet again signed an unknown youngster who might well become someone we rave about in the future,” noted Bleacher Report upon Bischoff’s arrival at Arsenal in the summer of 2008.

The warning signs were there for all to see when Bischoff’s transfer from Werder Bremen was delayed while the midfielder proved his fitness after two groin operations. Wenger himself admitted: “It is a gamble on his talent.”

It proved to be a gamble which backfired as Bischoff played a total of 74 minutes of first-team football across four substitute appearances before being released at the end of his solitary season.

The former Portugal youth international has spent the majority of his subsequent career in the German third tier but revealed in an interview with Goal that he still keeps in touch with Wenger.

“We still have a good relationship although we don’t talk each day,” he said. “But I see him once or twice in a year.”

It says a lot about how many players could have been on this list that Juan did not even finish bottom of our ranking of every Brazilian to appear for Arsenal.

The left-back arrived from Sao Paulo as a 19-year-old in 2001 and made two cup appearances, providing an assist for Ray Parlour in the second, before suffering a serious ACL injury.

Upon recovering he was sent on loan to Millwall for two months but returned to find first-team chances at Arsenal limited with Ashley Cole and Gael Clichy ahead of him in the pecking order.

To his credit, Juan returned to Brazil and won honours with Fluminense, Flamengo and Santos, and even won two caps for the senior national team. 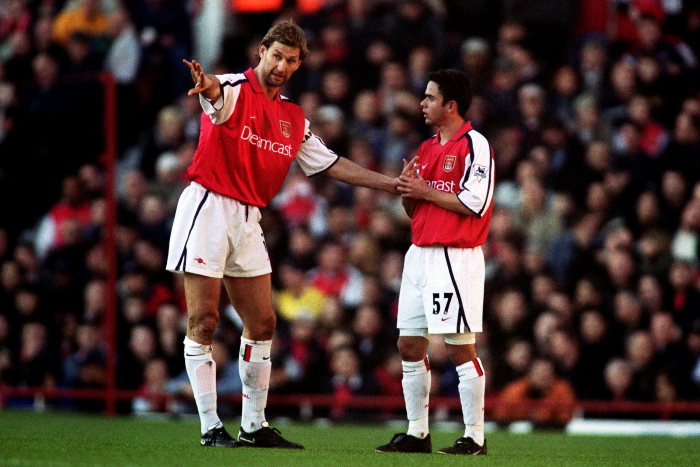 READ: Ranking every Brazilian to play for Arsenal from worst to best

Joining in the same summer as Nicolas Anelka, Emmanuel Petit and Marc Overmars goes a long way to explaining why Mendez was overshadowed at Arsenal.

The midfielder was plucked from Germany’s fifth tier while studying business administration after Wenger was one of 150 people to see Mendez play for SC Feucht against ESC Rangierbahnhof Nurnberg.

Mendez couldn’t understand why Wenger wanted to sign him, admitting he had played poorly: “We’d long been guaranteed promotion, so we hadn’t trained for a month. Instead we had already had plenty of unofficial promotion parties. I’d played but I was far from my best.

“The next morning our coach rang to say Arsene wanted to sign me and I told him that he too must still be under the influence. When I went to London for talks I told Arsene three times, ‘You’ve watched me just the once, I played badly and you still want to sign me. I just don’t understand it.’”

Wenger himself described Mendez as “terrible” in that game, so it came as no surprise he failed to make a lasting impression in north London, playing 11 times in all competitions across five years. He did at least mark his debut with a goal against Birmingham City in the League Cup.

Signed for £1million from Greek outfit Iraklis as a 21-year-old in 2001, Tavlaridis always faced a battle to break into Arsenal’s senior side, vying with the likes of Sol Campbell, Martin Keown, Tony Adams and Kolo Toure at centre-back.

Seven of his eight appearances for Arsenal came in the League Cup, but the former Greece international established himself in Ligue 1 at Lille and Saint-Etienne.

Tavlaridis played in the Champions League for the former and captained the latter after being linked with a return to the Premier League, which may or may not have had something to do with the fact his agent was Willie McKay…

Another player on this list to score on his Arsenal debut, Malz’s record of two goals in 14 appearances from midfielder suggests he was worthy of a £650,000 punt from 1860 Munich in the summer of 1999.

Exactly two years on from his arrival, Malz was sold in a £580,000 move to Kaiserslautern, where he struggled with injuries and made just 33 league appearances in four seasons before falling out with manager Kurt Jara. By the end of his career, he was playing in the 11th tier of German football.

“If Arsenal call then you must come”

Danilevicius has certainly gone on to big things in his career, currently serving as president of the Lithuanian Football Federation.

The striker earned a £1million move to Arsenal in 2000 after scoring as a trialist in a pre-season friendly against Barcelona, which saw Marc Overmars injured on his Barca debut after being clattered by former team-mate Lee Dixon.

Danilevicius’ Premier League debut came after replacing Thierry Henry as a substitute while Arsenal needed a goal in a 2-2 draw with Sunderland.

Wenger probably should have stuck with Henry, given Danilevicius made just two more substitute appearances for the Gunners, found himself loaned out to Dunfermline a few months after moving to north London and left at the end of his first season for a nomadic career spent mainly in Serie B.

He’ll always have that goal against Barcelona though.

A run of clubs that reads Arsenal, Marseille, PSG suggests Diawara was a striker of great pedigree.

But then on closer inspection, you realise he spent just six months at both Arsenal and Marseille and was loaned out four times in three years at PSG.

Those loan moves included returns to England with Blackburn and West Ham, where Diawara failed to score a league goal.

17 of Arsene Wenger’s best quotes: ‘God created man, I am only a guide’

Can you name every player signed by Arsene Wenger at Arsenal?

Where are they now? Every player to play once for Arsenal under Wenger