My Football Facts ⇒ Articles By Jonathan Lewis | 14th JAN 2022 It is fair to say that modern football boots bear little resemblance to the footwear worn by players during the early days of the sport. Football boots were not used until the early 1890s, with the players wearing cumbersome work boots to play the world’s…
Tweet
Share
Share
Pin
0 Shares

It is fair to say that modern football boots bear little resemblance to the footwear worn by players during the early days of the sport.

Football boots were not used until the early 1890s, with the players wearing cumbersome work boots to play the world’s greatest game.

Fast forward to today and websites such as www.footballboots.co.uk highlight just how far boots have progressed since those early years.

With that in mind, we take a closer look at the evolution of football boots and highlight some of the most interesting facts about them.

While some centre-backs would probably relish still being able to play in steel toe-capped boots, they are obviously thoroughly unsuitable for football nowadays.

The rules were revised around 1891 to allow for small bars or studs to be added to the soles of footwear to provide additional grip.

The first football boots were designed with leather, although their design and weight still meant that they resembled work boots.

This type of boot remained in play over the following few decades, but things changed massively after the Second World War. 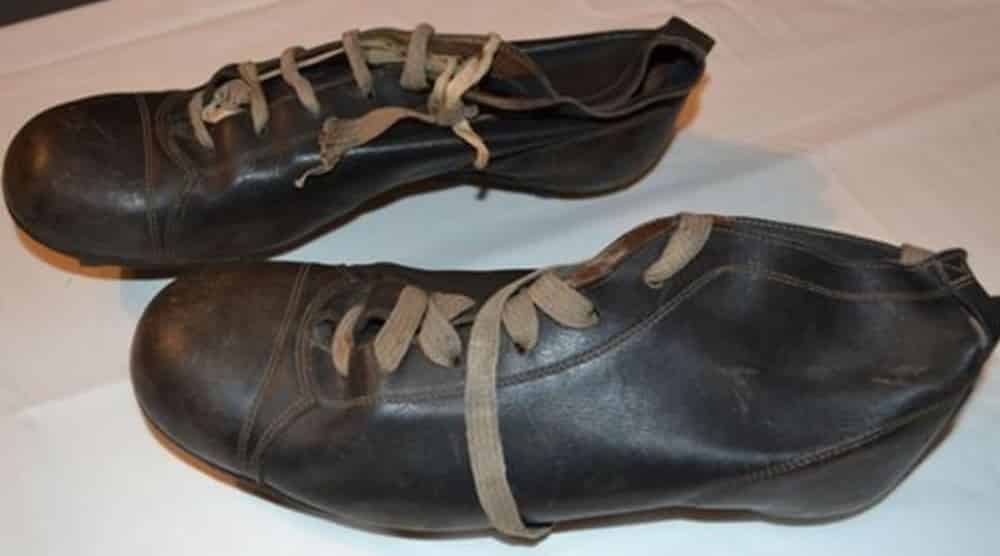 Lucrative boot deals are now all the rage in modern football, largely thanks to the efforts of legendary England winger Sir Stanley Matthews.

He was amazed at the sight of Brazil’s players wearing lightweight boots at the 1950 World Cup and went to a sports shop in Rio de Janeiro to buy himself a pair.

He arranged for the design of his own private pair when he returned home, and took a cut of the sales for the half a million replica pairs that were subsequently sold.

Many top football stars soon recognised the possibilities of forging link-ups with boot manufacturers, paving the way for their successors to cash in.

German cobbler, inventor and entrepreneur Adolf ‘Adi’ Dassler became the pioneer of the modern football boot during the early 1950s.

Before the 1954 World Cup final against Hungary, the adidas founder informed the West German national team manager about his latest innovation – screw in studs.

With rain impacting the playing surface at the Wankdorf Stadium, the Germans used the studded footwear to secure an unlikely comeback victory against the all-conquering Hungarians.

The match became known as the ‘Miracle in Bern’ and laid the foundations for adidas to become a hugely successful global brand. 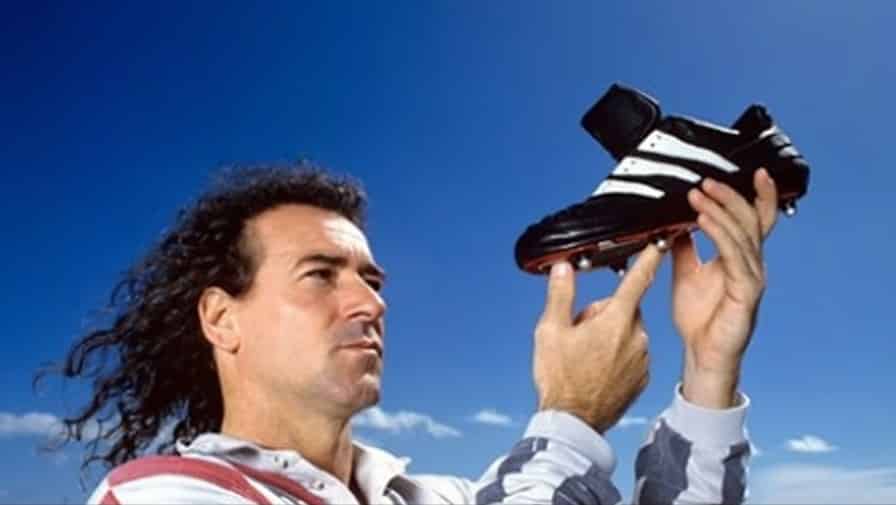 Australian footballer Craig Johnston was responsible for the innovation that transformed how football boots were manufactured during the 1990s.

He designed the prototype for the Predator – a revolutionary football boot that was initially rejected by adidas, Nike, Puma, Umbro and Reebok.

Undeterred, Johnston took the boot to Bayern Munich and filmed some of the club’s legendary players performing skills with the footwear.

The video he produced convinced the previously sceptical adidas to back his project, creating a boot that continues to be popular with players today.

Personalisation now the name of the game 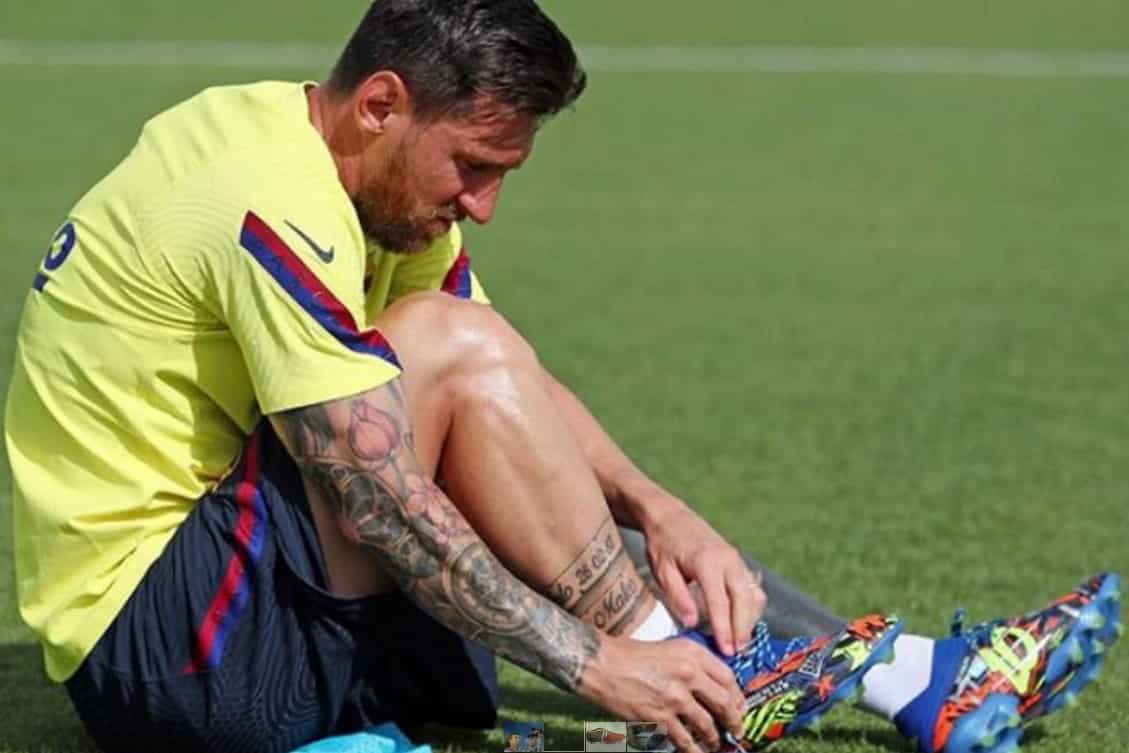 Modern football boots have become a fashion statement in recent years, particularly amongst the players who ply their trade at the top level.

Laser technology has allowed for football boots to be customised to fit an individual’s foot, while the outer design often features a personalised theme.

A perfect example of this were the adidas Nemeziz 19.1 boots worn by Lionel Messi during Barcelona’s Champions League campaign in 2020/21.

The design perfectly fused Messi’s homeland of Argentina with Barcelona to create a product that proved to be a massive seller for adidas.

The Predator was arguably the last true innovation to impact football boots, but that is likely to change over the next few years.

With football easily the most popular sport in the world and with the constant financial investment being made into the game, there is likely to be a significant change in both materials used and manufacturing processes, which will contribute to the look and feel of football boots in the future.

The top players may soon have bespoke boots made in localised laboratories for every game, which will take into account their personal data, opposition and the pitch surface they will be playing on.

Players will have 3D scans of their feet taken to ensure the perfect fit, with the ball control areas, heel section and sole printed by a robotic arm for the ultimate in personalisation. 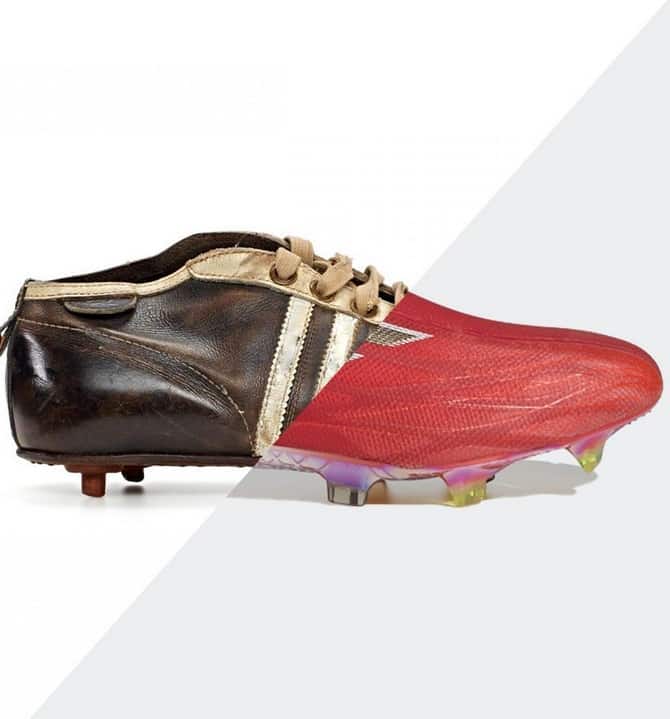