Manchester United continue to be in contact with Paris St-Germain boss Mauricio Pochettino over the manager’s role. (Le Parisien – in French)

West Ham’s 25-year-old English forward Jarrod Bowen is keen on a move to Liverpool, who remain interested in a summer move. (Football Insider)

Newcastle have been told they must pay more than £37m to sign Fiorentina‘s 24-year-old Serbia defender Nikola Milenkovic. (Sun)

Lille have told Newcastle that Dutch defender Sven Botman, 22, is not for sale, but the clubs remain in contact. (Mail)

Tottenham are looking to sell France midfielder Tanguy Ndombele, 25, to an Italian club, with Juventus the most likely. (Mirror)

There is growing optimism at Liverpool that a summer move to land Borussia Dortmund and England midfielder Jude Bellingham, 18, is possible. (Caught Offside)

Arsenal may be frustrated in their pursuit of Brazilian midfielder Arthur Melo because Juventus do not want the 25-year-old to leave on loan. (DiMarzio – in Italian)

Leicester manager Brendan Rodgers has suggested he is planning for the future without Belgium midfielder Tielemans, whose deal runs until the summer of 2023. (Telegraph – subscription required)

Chelsea are ready to make an improved contract extension offer to 28-year-old Germany defender Antonio Rudiger, whose deal runs out in the summer. (Mirror) 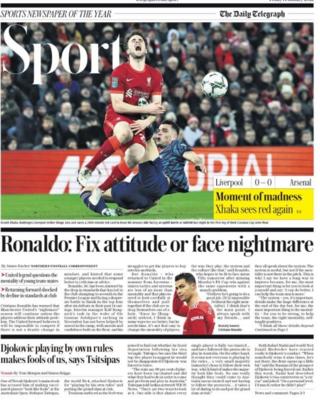